Learn more about our Hardcore seasons here! The 7th Season of the Hardcore League begins on December 7th, 2022!

The 7th Season of the Hardcore League begins shortly! 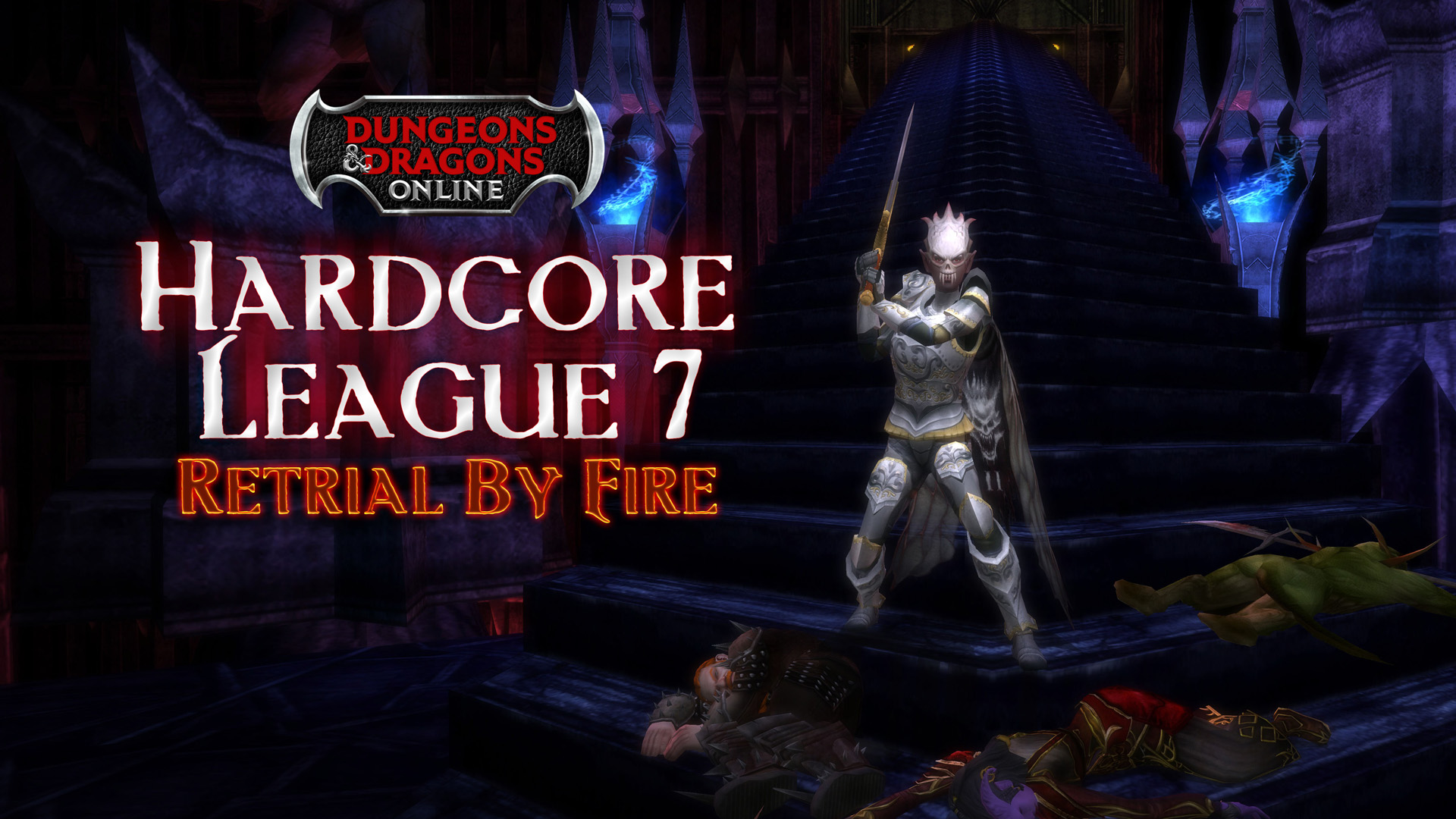 The Hardcore League is an experience that tests the skill of players with the ultimate penalty for failure - permadeath!
The 7th Season of the Hardcore League begins on December 7th, 2022 and runs until 2:00pm Eastern (-5 GMT) on Tuesday, February 7th, 2023!
During the Hardcore League, goals are set for players, and progress is based on two factors, each with their own ladder: One tests the player’s ability to conquer as many quests as possible, and the other tests the player’s ability to survive in the hardest mode ever brought to the game.
The top 100 winners of the two ladders will be immortalized in the Hall of Heroes.
Once you reach a goal, speak to the Hardcore League NPC to collect your reward! The reward will be unlocked for your account, and can be accessed by any of your characters on any of the servers.
All players can access the Hardcore League server regardless of their account type! Standard account restrictions apply based on whether you are a VIP.
During each Season Transfers FROM the Hardcore server are available for FREE to other game worlds, and there will be a period of time to transfer your characters from the server for FREE when the season ends. It is not possible to transfer a character from another world to the Hardcore League.

Here are the rewards for the 7th Season of the Hardcore League:

Do I need a separate game client to play in the Hardcore League?

No, you can use your regular DDO game client and simply select the "Hardcore" server from the list.

What happens when you die in the Hardcore League?

You are immediately sent to the Land of Lost Souls, and can no longer play that character on the Hardcore server.
There is no exception made for the cause of death, whether it be in combat, falling, an Internet outage, playing the last section of The Shroud, or for any other reason. There is no way to interrupt this process by being raised from the dead and certain abilities that promise to save you from death will not function (such as Death Pact). When you die, you will lose your spot on the leaderboards for that character, but you will not lose access to any Milestones that you may have earned with that particular character. You will be able to chat, move around, emote, and manage your guild, but beware...there is no escape from death ...
When the Hardcore League completes, you will be able to transfer your character(s) off the Hardcore League server onto one of the existing normal DDO servers and resume playing them.

What is different about the game while playing in the Hardcore League?

There is a level lockout to prevent characters from running quests too far over level. (Base level +4, or +2 effective level on elite.)
All Iconic characters start at level 1 instead of level 15, though they must still start the game with their iconic class level. Iconics will still receive their equipment upon reaching level 15.
Veteran status is disabled - all veteran status account characters on the Hardcore League server will start at level 1 and go through Korthos like any other level 1 character.
The /death feature will not function on the Hardcore League server.
Leaderboards:
There are two Leaderboards for bragging rights that will list the top performing characters in the following areas:
Top 100 Characters in: Total Favor
Top 100 Characters in: Reaper XP

What happens to the items in your Shared Bank when a character dies?

What happens to my characters at the end of the Hardcore League?

At the end of the Hardcore League, we will be offering free Character Transfers to all characters - living or dead. Dead characters will be able to find their way back to the land of the living once they set foot on a non-Hardcore server. Characters will also bring their personal inventory with them, as with a regular character transfer. Note that normal character transfer restrictions apply - shared bank items, guild airships, TR caches, etc will not transfer off the server.

Can you use Hirelings, and if so, what happens if they die?

Hirelings will function as they do on non-Hardcore League servers, and will not be banished from the playable space when they die.

Can you create or join a Guild in the Hardcore League?

Yes, creating and managing a guild functions just as it does on non-Hardcore servers. However, note that Guild Airships and Guild deposits stay on the Hardcore League server and cannot be transferred off.

What happens when a Guild Leader dies?

They will still be able to manage their guild from beyond death. Bureaucracy, it seems, transcends even the mortal coil.

The Shroud kills you, does that count?

Yes, dead is dead. We do not recommend doing this quest.

How can I find out who is currently placing on the Leaderboards?

Speak with the NPC and select "Show me who is in the running against the reapers" from the available dialogue options. The NPC can be found in several locations including:

I was in the top 100 list, then I died, and now my name is gone. I thought the leaderboard was for most favor / most reaper XP?

Remember, the leaderboards are for the top *living* characters. If you die, you fall off the list.

How can I receive my cosmetic rewards?

Will festivals or DDO bonus day events be active on the Hardcore League server?

For the 7th Season of the Hardcore League we will be enabling the Festivult winter event during its normal period in December. Other seasonal events may also become active (like our upcoming Night Revels brief return, and the Snowpeaks event), although standard weekly world bonuses will not.

Will Customer Service help me get out of a stuck quest?

Customer service will not be helping people get out of quests they are not able to complete due to a bug or other issue. We don't want CS being asked to complete dungeons for people, for example, regardless of the cause. We realize that might be a bit harsh depending on what happened, but the best solution if you get stuck in a quest is to either run a different quest or recall out, reset the dungeon, and try again. This isn't a wider policy decision, just one for the Hardcore League only.