Isle of Dread: From Page to Game

Let's look at DDO's version of The Isle of Dread and delve into the choices both easy and difficult we had to make. We'll also answer a few story-related questions we have been hearing from you in recent days, so read on!

Isle of Dread: From Page to Game

Whenever we bring a classic module from pen-and-paper Dungeons & Dragons into Dungeons & Dragons Online, it goes through a process of adaptation. Adaptation isn’t just something we do for DDO – it’s part of Dungeons & Dragons itself, as we’ll see. Let's look at DDO's version of The Isle of Dread and delve into the choices both easy and difficult we had to make. We'll also answer a few story-related questions we have been hearing from you in recent days, so read on!

I Want My MTV

The Isle of Dread was first published as a 32-page booklet in 1981 (the year MTV launched!) and packed a lot into those few pages. The module contained a map of a huge island, a variety of encounters with dinosaurs and other prehistoric beasts, pirates, a race of cat people, a dragon, an aquatic hydra, a forbidden temple filled with Lovecraftian horrors, and even a brief sketch of the “Known World” which later became the campaign setting Mystara. 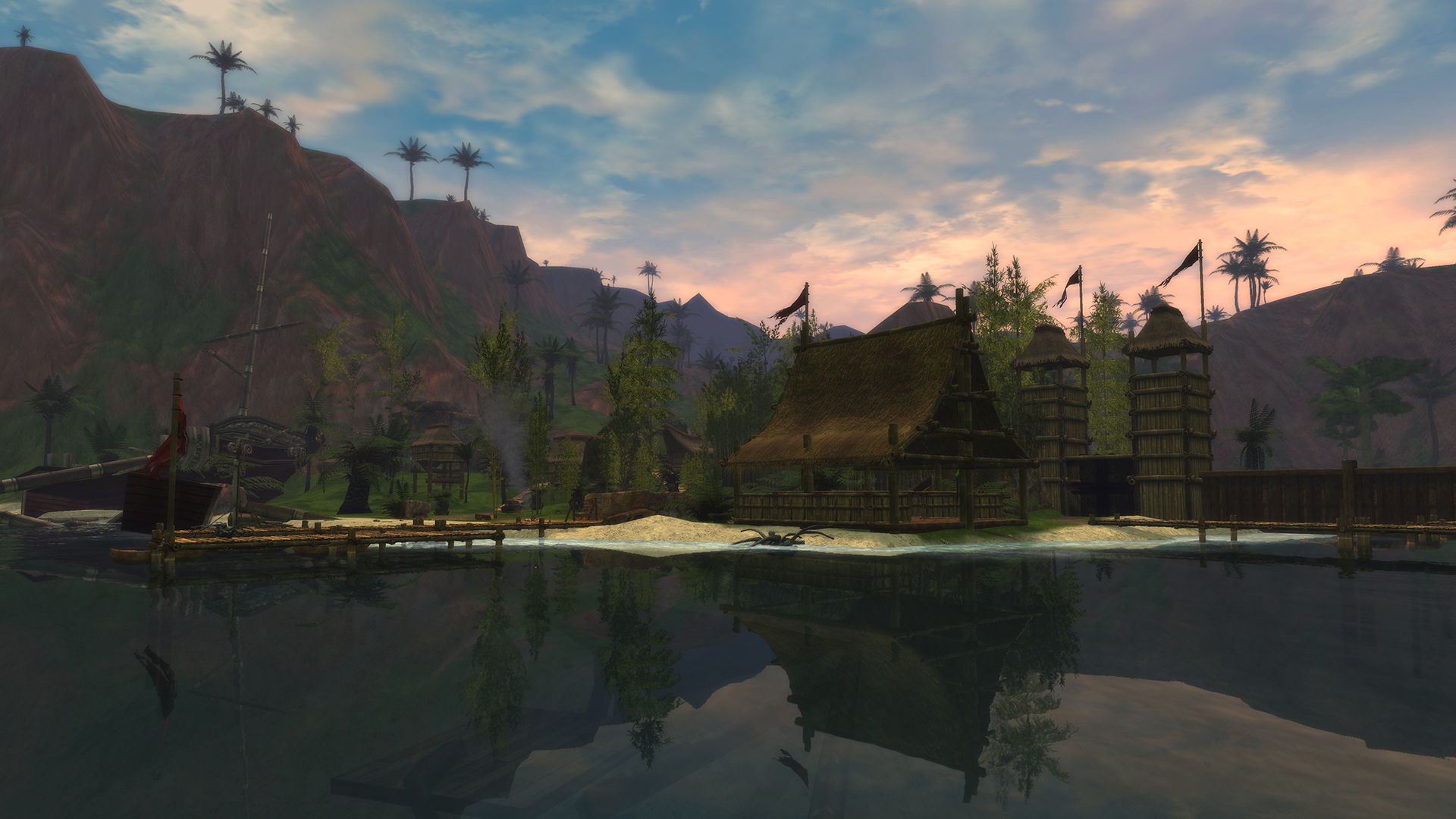 The module itself serves as an early example of what has been called a “hex crawl”; a sprawling sandbox with no formal storyline where players explore a vast wilderness in any direction they wish, with an abundance of open-ended adventure hooks for the Dungeon Master to develop on their own. This means no two playthroughs of The Isle of Dread were likely to be the same. Some players investigated the forbidden temple while others never saw it; some players spent their time helping the Phanaton, while others followed rumors of treasure and never encountered them. Because every Dungeon Master added their own interpretation, every tabletop playthrough of The Isle of Dread back in the day was a unique and creative adaptation of those original 32 pages. 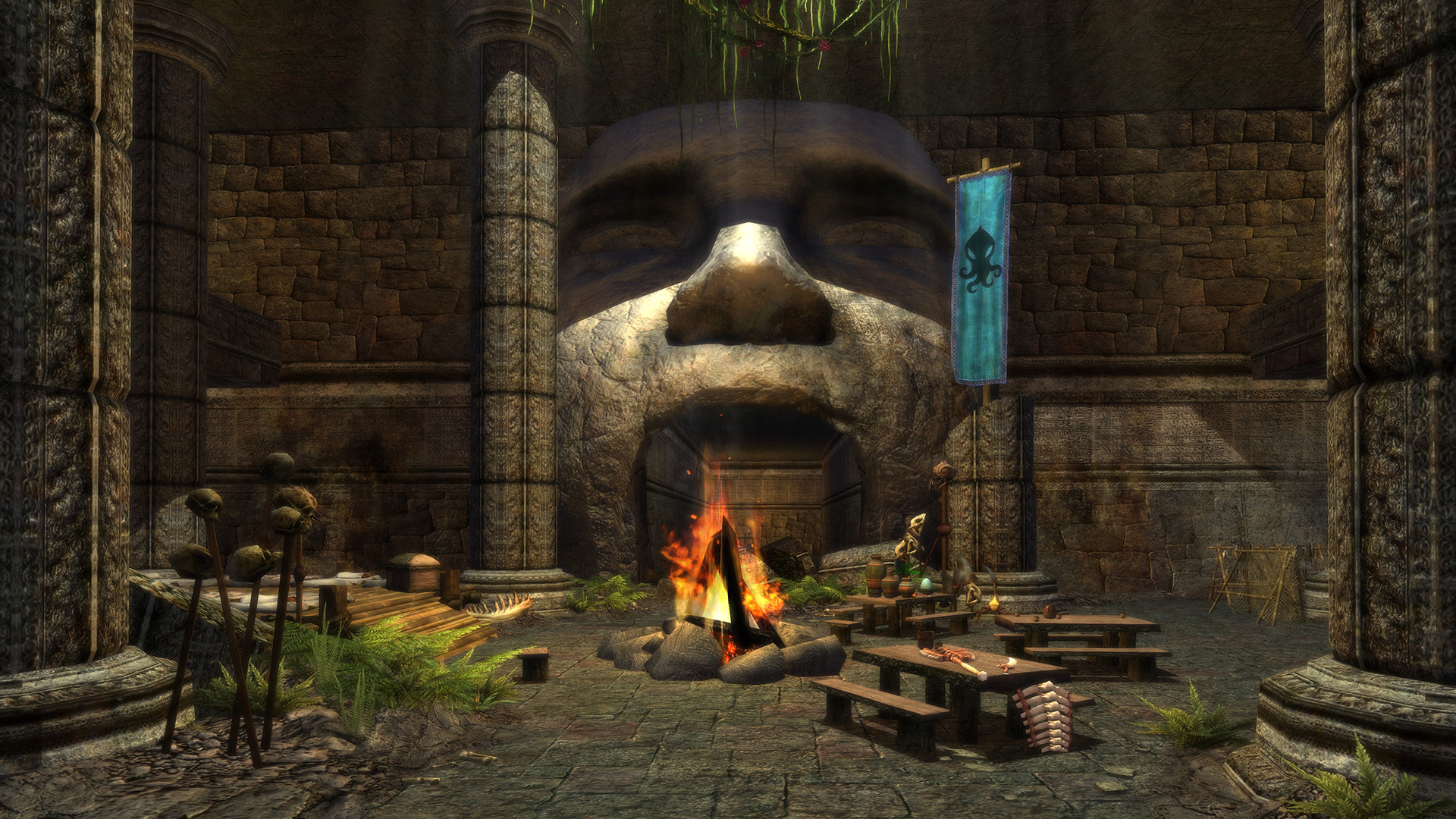 A tabletop Dungeon Master adjusts the game on the fly, but video game designers have to make many choices up front. Some choices were fairly easy. We quickly decided we wanted dinosaurs to be the main attraction, since they had been scarce in DDO up to now. We wanted to add a cat-like player race, and this module gave us the perfect opportunity. The original module included the Rakasta, and the Fifth Edition Tabaxi was a good fit for our version of Dread. 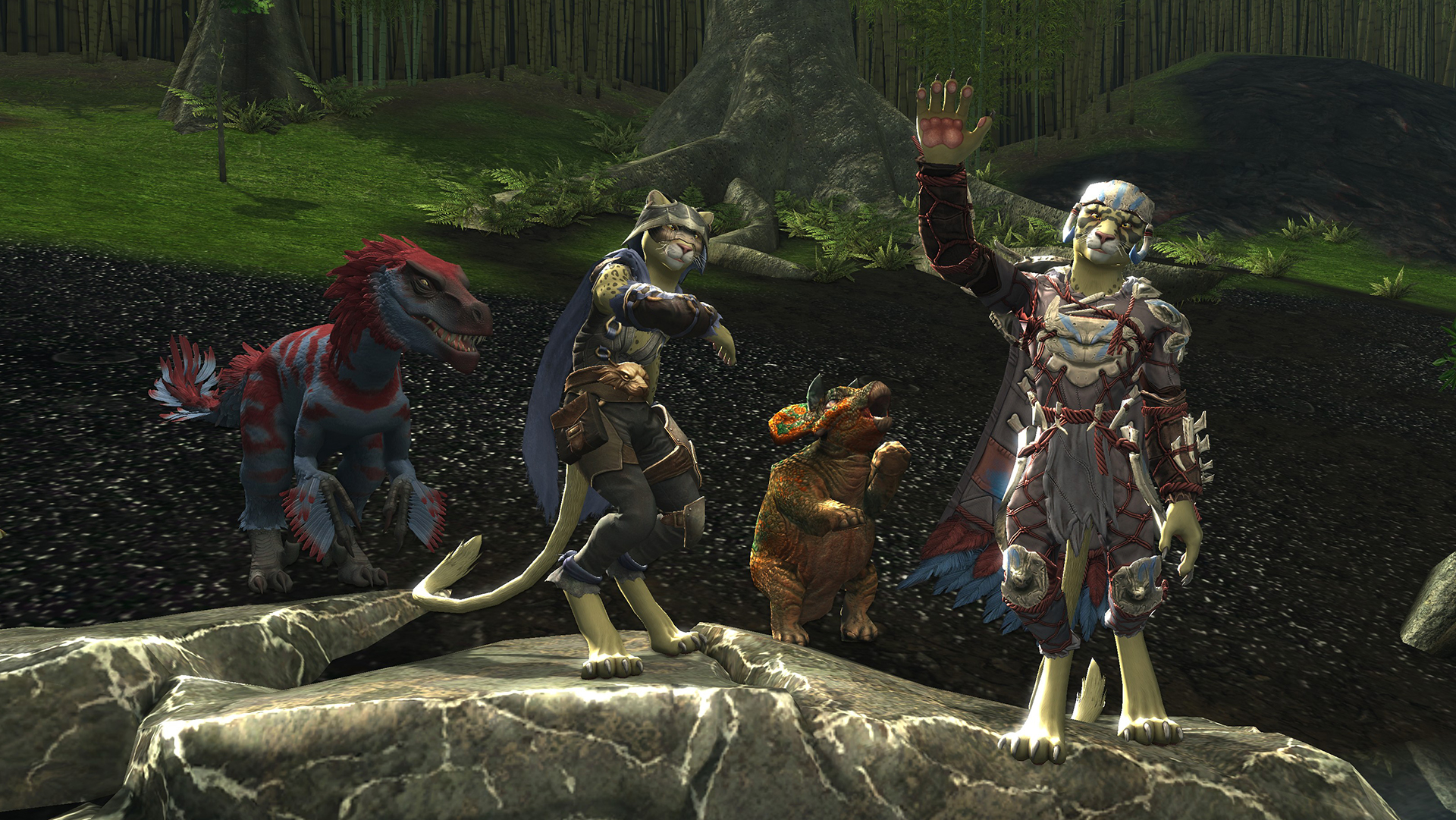 The Isle of Dread in the original module is about 350-miles from tip to tip. That vast scale sounds exciting in terms of exploration and adventure, but making a videogame island that size would take many, many years. For example, the map in the video game Skyrim is considered to be large, and it’s about four miles wide. We’ve made the island smaller for Dungeons & Dragons Online, but that smaller size also gave us the opportunity to concentrate encounters for more action-orientated gameplay.

Phanaton of Work and Tough Cuts

Other choices were simply tough! We don't have hydras, and making them was not possible given other priorities, namely the new dinosaurs. The mischievous Phanaton were a unique part of the original module, along with their spider-like nemeses, the Aranea. However, they were TOO unique, since they never show up anywhere else in D&D lore and their unique anatomy would be expensive to build and animate. We reluctantly cut both of them. After discussions with Wizards of the Coast, we replaced the Aranea with the spider-like (and iconic) Ettercaps, and the Phanaton with Pixies, the Ettercaps' traditional enemy. While it may seem odd at first to think of these Feywild creatures on the Isle of Dread, we imagined that during its voyages between planes and worlds, the Isle of Dread at some point visited the Feywild. Which brings us to the next aspect of our adaption: making our story!

The Cost of Plane Travel

The idea that the Isle of Dread travels between planes is taken from the version of Dread created for Wizards of the Coast’s Fifth Edition playtest in 2012. This story hook excited us and got us thinking: Wouldn't an island that travels the multiverse be considered highly valuable, something the gods themselves may be interested in? And that leads us to Vecna. 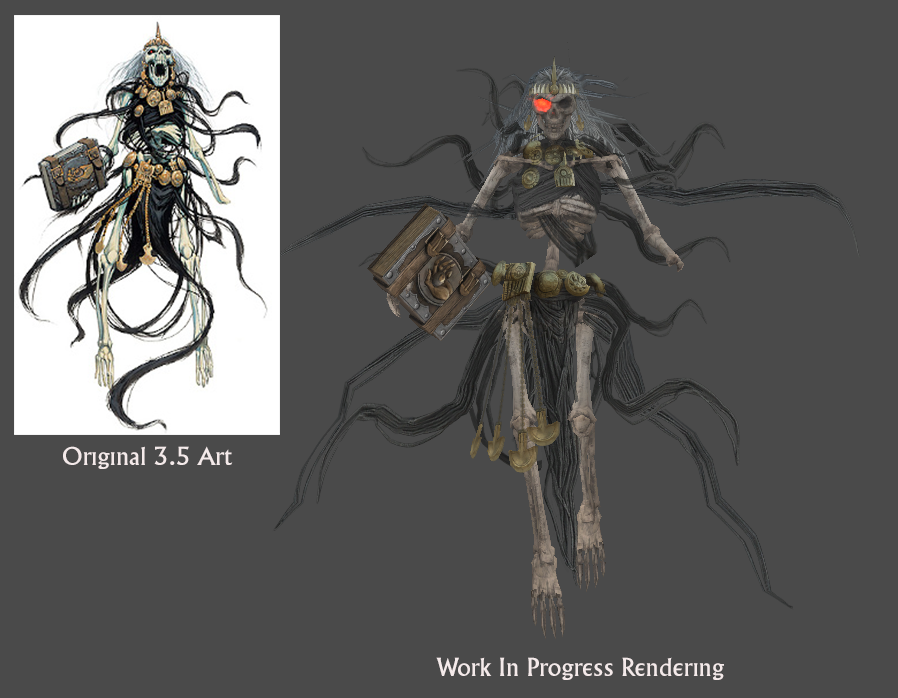 • Why do humans who die on the island come back as zombies? Because the island is currently ruled by the lich-god Vecna.

• Why does the Island wander from plane to plane? Because Vecna is using it to learn the multiverse's secrets.

• What became of the ancient civilization that used to rule the island? They -

...but let's not give everything away. Instead, play OUR adaption of Isle of Dread and find out! We hope you enjoy it and appreciate its addition to the various adaptations of Dread released over the years. You can read more about Isle of Dread on DDO.com.

Pre-Purchase Isle of Dread in the DDO Market!

DDO Screenshot of the Week #556
Beyond Level 30: A Look at the next Level Cap
Download
Filter By: