Learn about the Crystal Cove event in this guide! Includes updates for 2022 and new rewards! 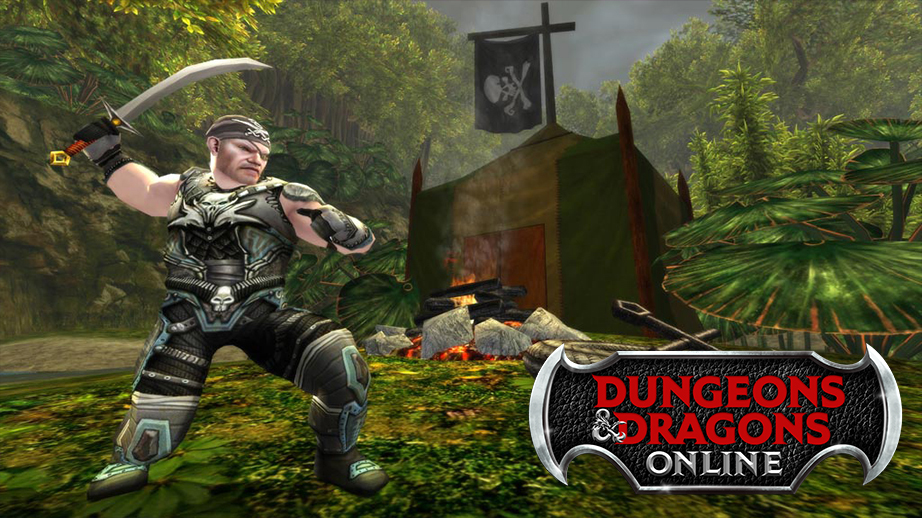 Euphonia's Challenge, The Treasure of Crystal Cove (most people just call it “Crystal Cove”) is a recurring event in Dungeons & Dragons Online where you'll encounter ghostly Champions, battle pirates, and help a group of mining-inclined Kobolds in exchange for great rewards! Crystal Cove originally debuted for DDO's 5th anniversary and has received several big updates over the years, including this year in 2022. Read on to learn more!

Crystal Cove will return on Wednesday, September 14th and will be available through October 2nd!

2022 has seen an update to the mechanics of Crystal Cove as follows:

How to Get Started:

Travel to Smuggler's Rest by speaking with Sailor Calatin, who is located in The Harbor on the docks. 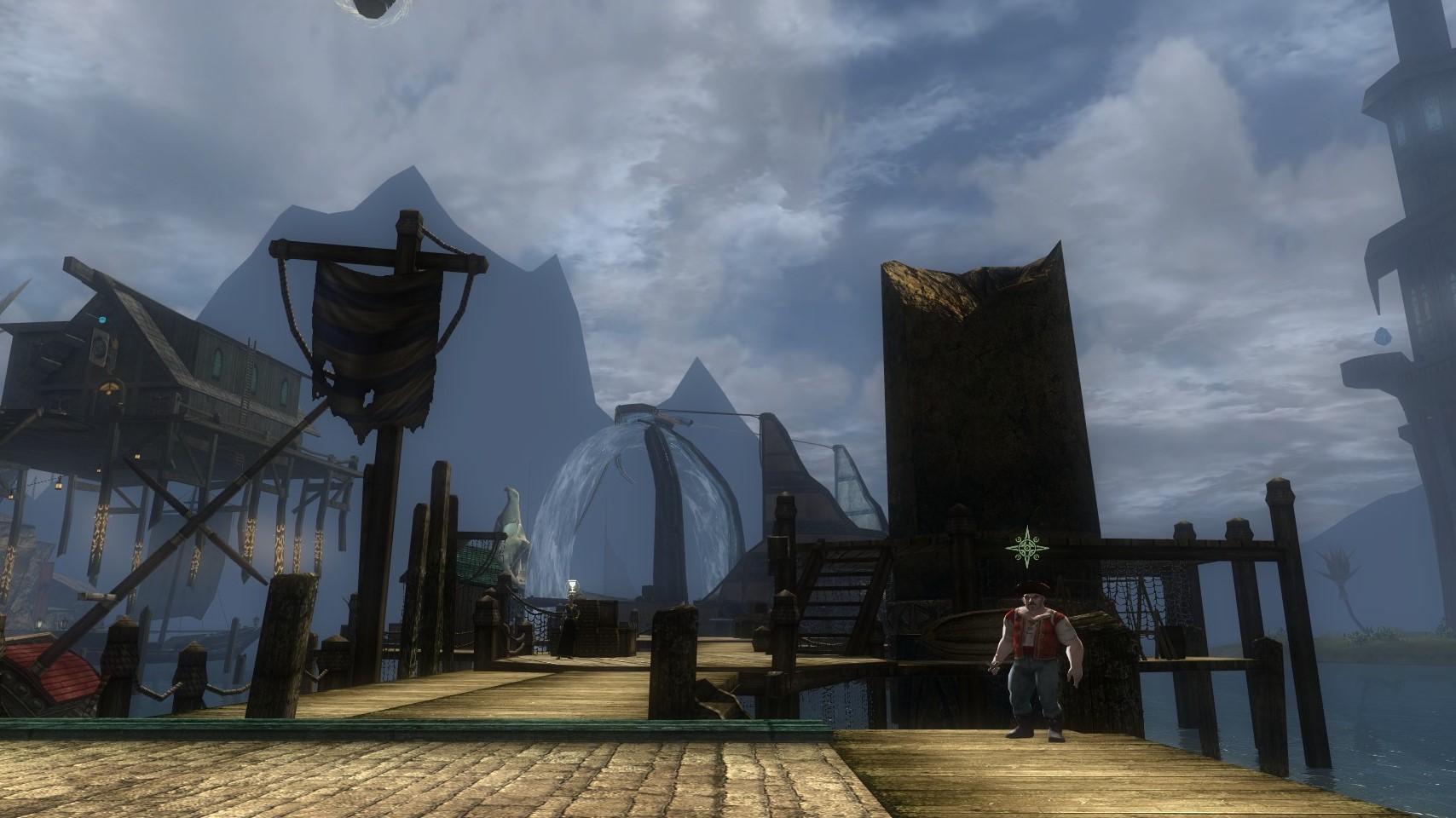 Smuggler's Rest is a unique wilderness zone where you can battle pirates, earn Doubloons, and uncover hidden chests! Unlike other wilderness areas in Dungeons & Dragons Online, Smuggler's Rest does not have Explorers and Rares; rather, it is an experience for characters of all levels to explore together! This public instance spawns enemies based on the level of the characters nearby, so be careful if you are a low level adventurer wandering near higher level characters. 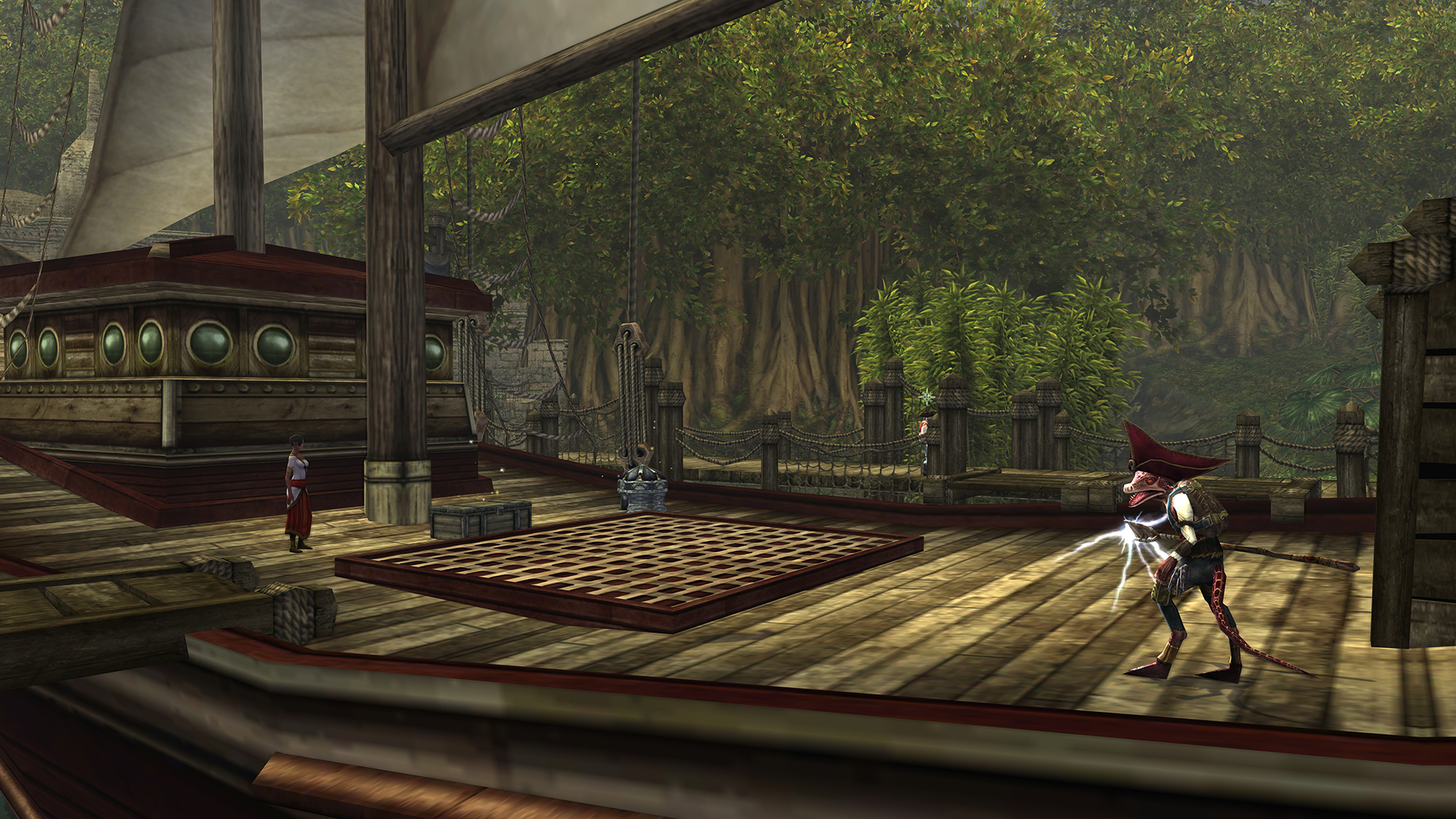 Smuggler's Rest is also home to the ship where you will access the reward vending chests and the Crystal Cove Collection Challenge. Nearby is the Rook's Gambit, a tavern where pirate-hunters can repair their gear, rest, and access a chest in the far corner of the room to acquire older versions of Cove loot that have since been updated or replaced. While fighting enemies in Smuggler's Rest you will occasionally acquire Treasure Maps in your inventory! Clicking on these items will place a marker on the Smuggler's Rest map where a chest can be found. 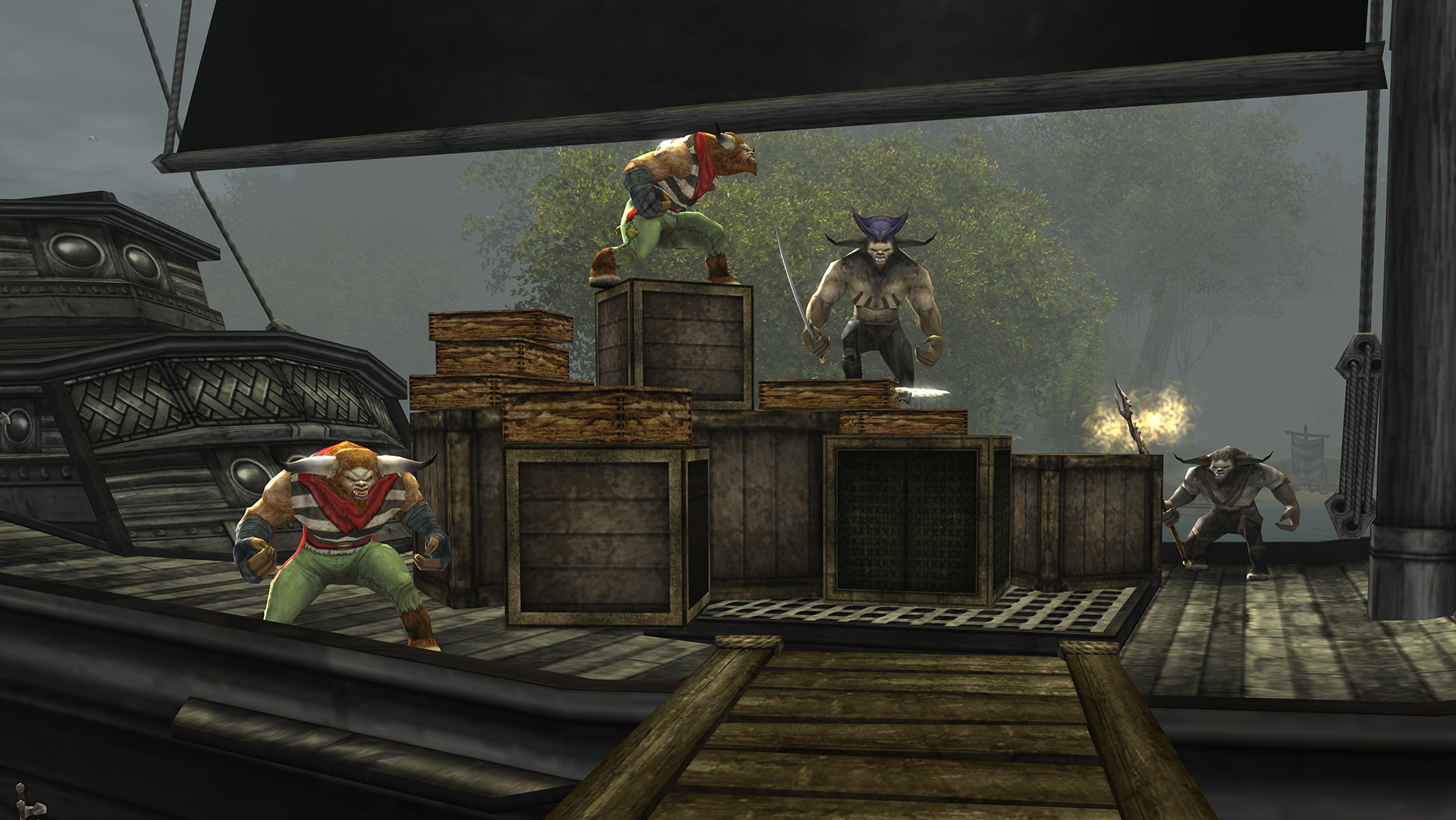 In order to access the Crystal Cove challenge you'll need a Treasure Compass. You can get these Compasses when defeating enemies in Smuggler's Rest, besting Ghostly Champions that appear while the event is active, by purchasing them with Doubloons from Euphonia's Barter Box, or in the DDO Store. The Challenge is offered from Challenge Rating 1 to 37; running the Challenge at a difficulty lower than your character level provides fewer Green Dragonshards at the end, and running the Challenge at a difficulty above your character level provides more Green Dragonshards when you successfully complete the challenge. You'll earn Quest XP when completing the challenge as well! If your character is five or more levels above the level of the Challenge, or if you are five or more levels below the highest level character in your party you will not earn XP. 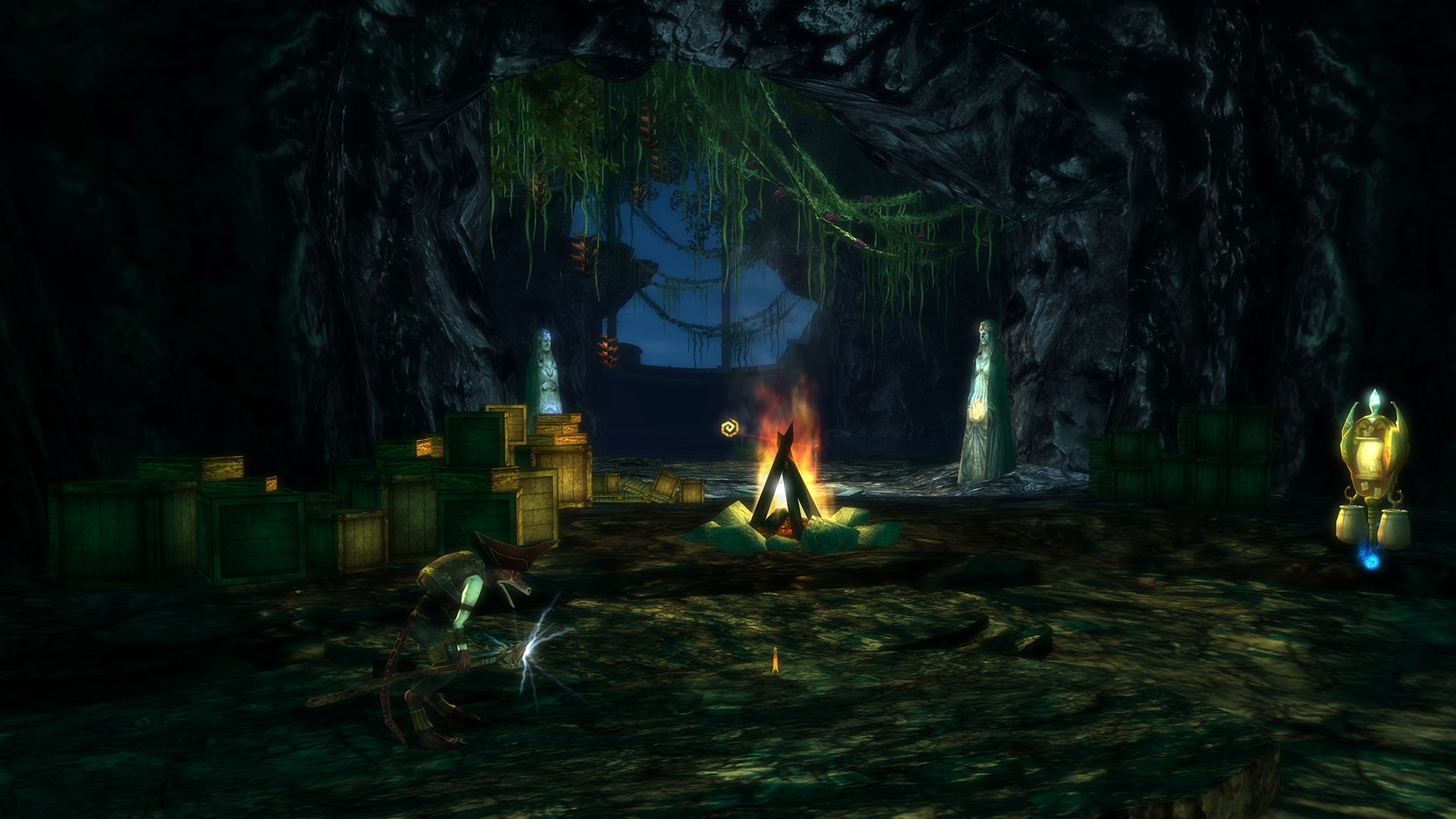 Kobold Miners are trying to do their work but need your help to guide them and take care of pirates trying to stop the job! Over the course of 20 minutes you will place torches to guide kobolds to Dragonshards they will collect then return to Foreman Yip-Yip at the start of the Challenge. You'll battle enemies throughout to earn Stolen Gems and keep the poor Kobolds alive! This Challenge supports up to six players to help make the task easier, although this Challenge can be run solo with practice.

Your torches need to connect! You'll see the line being created as you place torches on the ground, so make sure your path connects! You can pick up torches and re-place them, and you can get more torches along with other special Cove items from Foreman Yip-Yip: 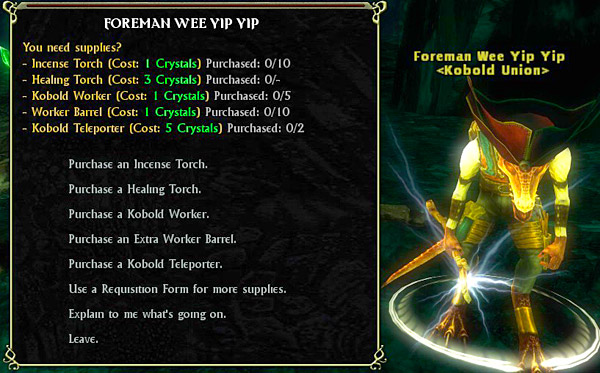 You will also acquire some of these special items while defeating enemies in the challenge. Remember that you can drop these torches and requisition items for your friends inside of the Challenge by dragging them from your hot bar to the dungeon space itself in addition to trading them normally.

Once you've collected enough Dragonshards to satisfy Foreman Yip-Yip, collecting additional Dragonshards will earn you more Green Dragonshards at the end of the Challenge! The kind of gems that drop depend on the level of enemies being battled, and the gems generally correspond to the level of their related item upgrade. Stolen Gems are awarded when defeating an enemy rather than at the end of the Challenge, and are awarded to the character who defeats the enemy. 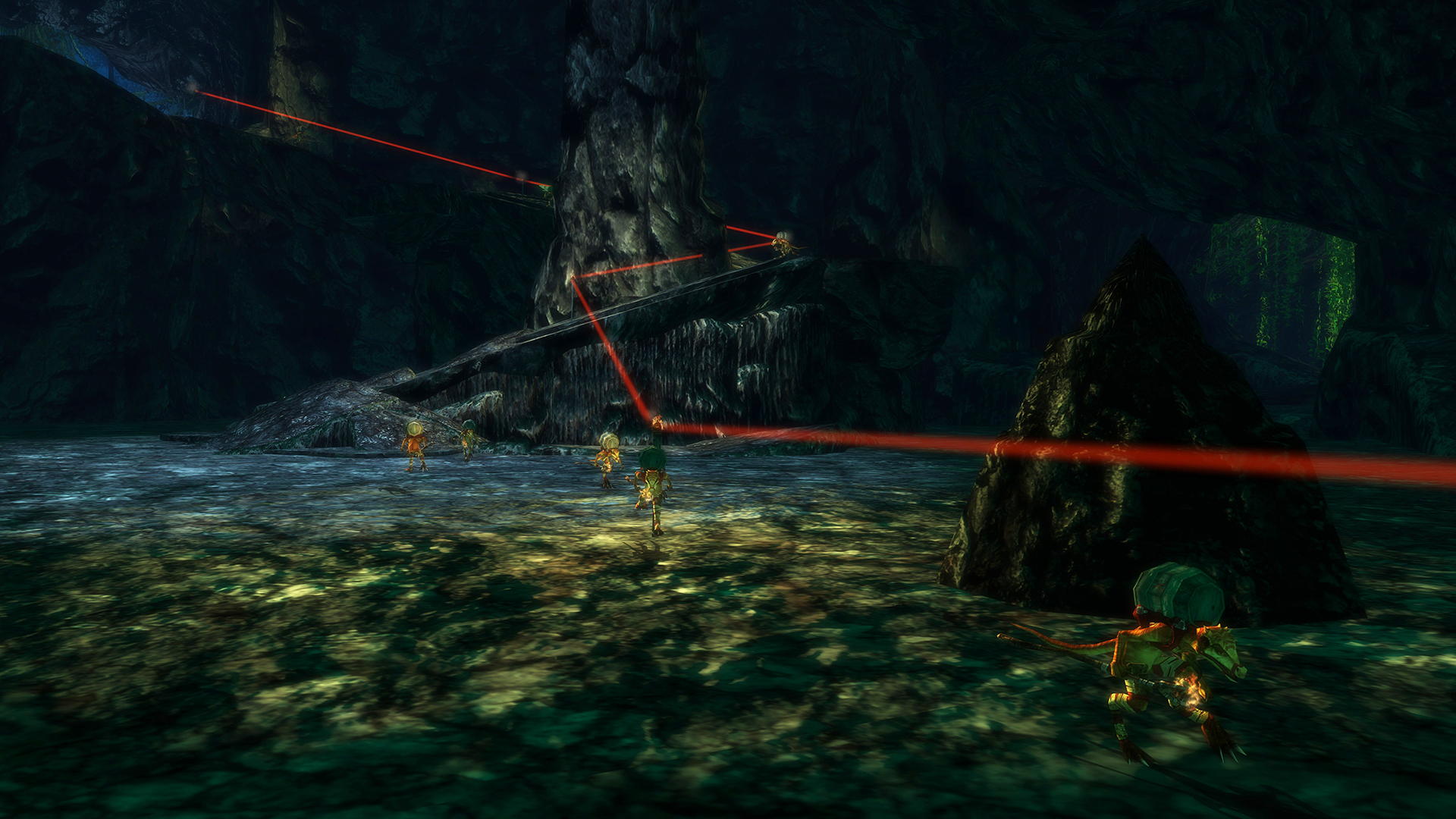 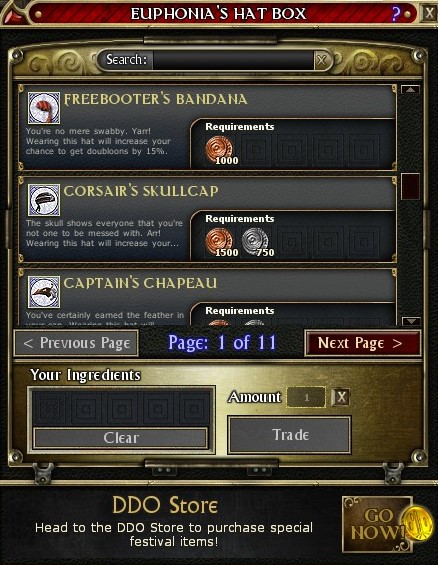 These hats earn you additional Doubloons when in Smuggler's Rest or the Challenge, and each have three additional Enchantable item slots:

The slots are filled with Items you'll get from Euphonia's Hat Box in exchange for Doubloons and Green Dragonshards, Note that slotting these items into your Hat will increase the Minimum Level of the item as described in the item's descriptive text. 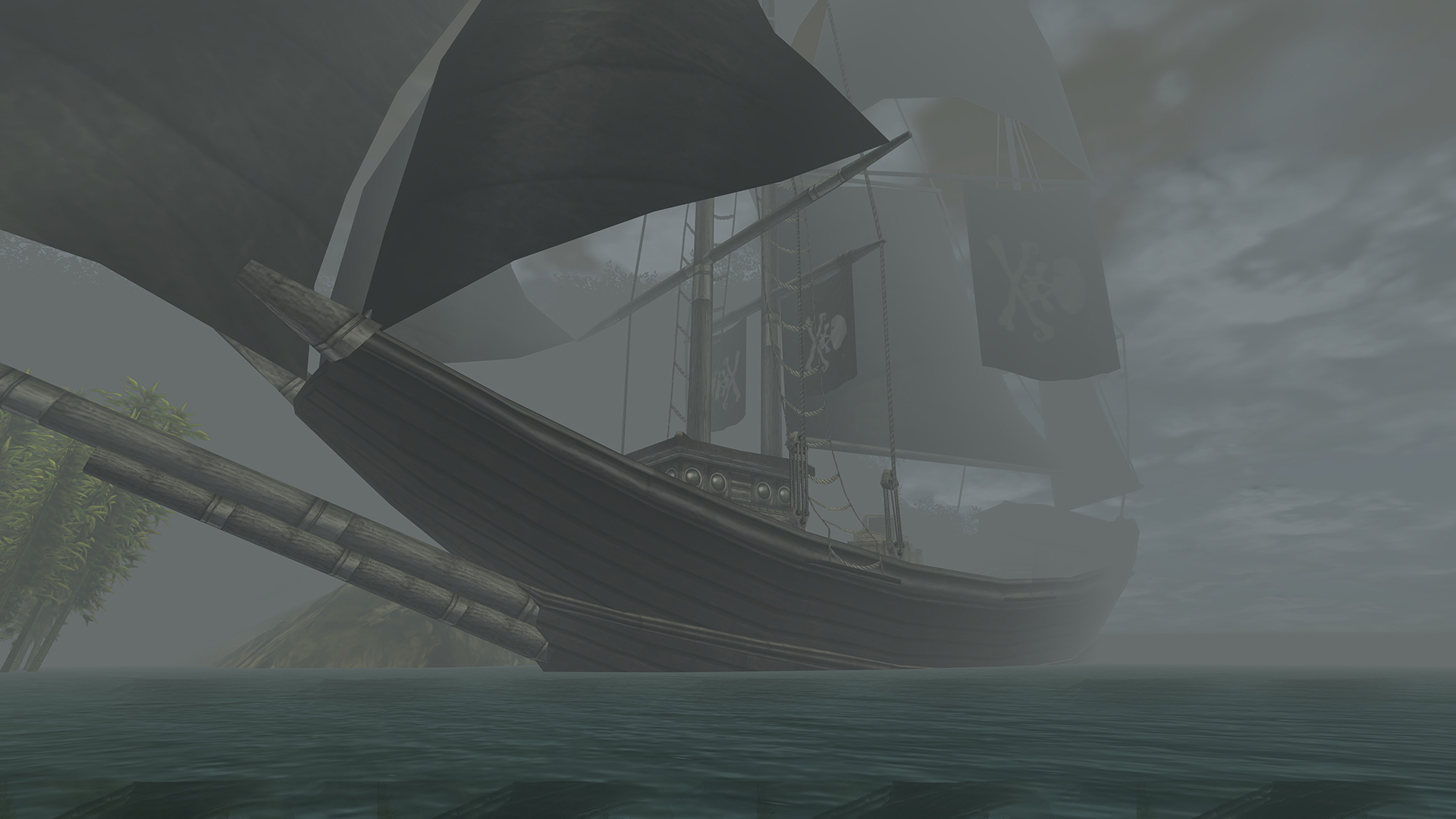 Yarr! We hope you enjoy Crystal Cove! Here are some player-created resources for further information, tips, and tricks: