Learn more about the loot arriving with Isle of Dread! 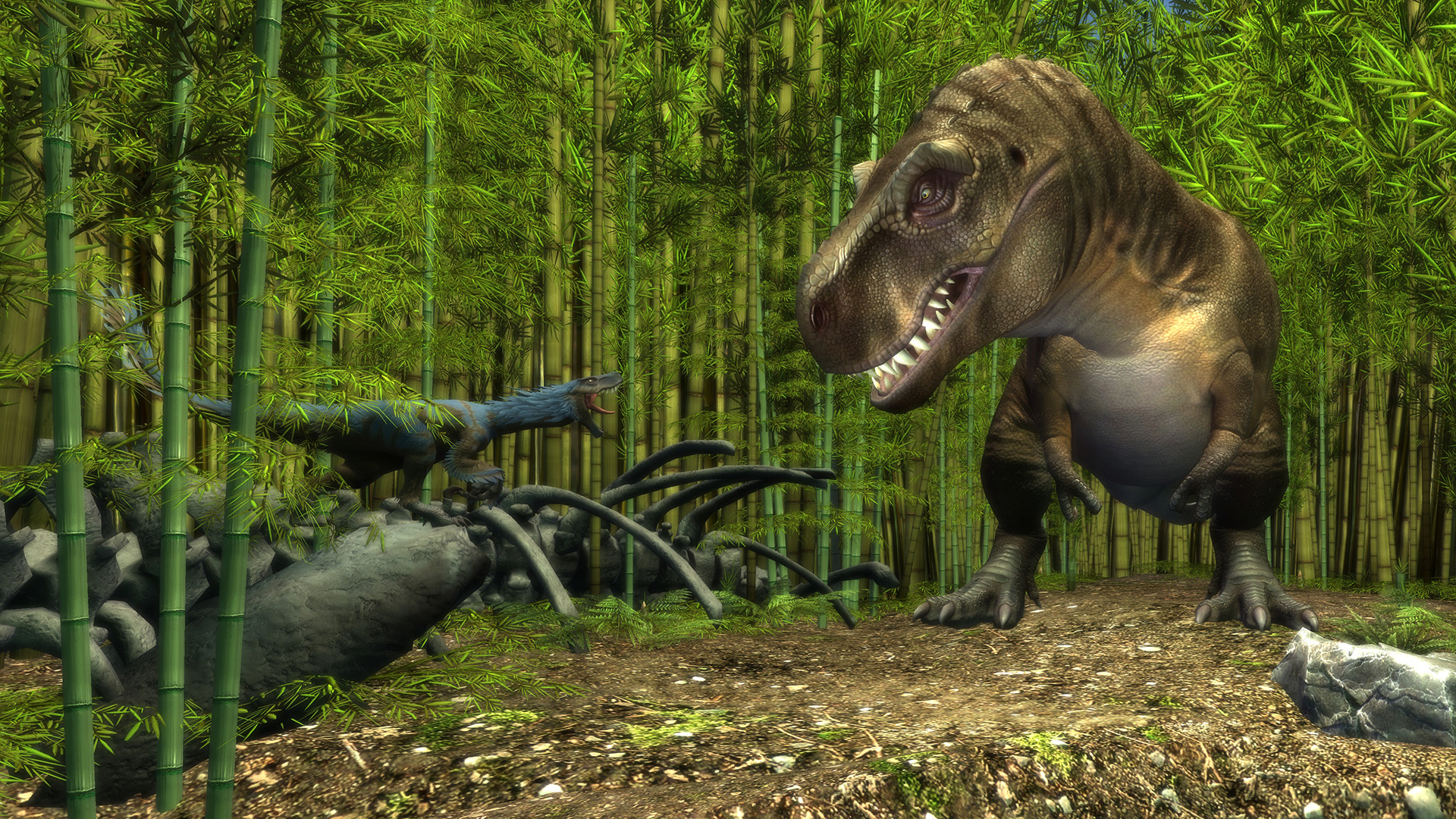 The Isle of Dread is a mysterious land whose mists shroud its ability to traverse the multiverse itself, and that travel has brought many to its beaches in search of treasure. Now, as you explore this dangerous land and work to thwart a great evil, you will get the chance to acquire some of this exceptional treasure! This article gives you an overview of the loot, its power level, how to upgrade it, and more!

As you explore the Isle of Dread you will discover new named items left behind by pirates, but you will also get the chance to craft items through dinosaur bones! Additionally, new Augments, Minor Artifacts, and raid loot will be available! Finally, the Isle of Dread is full of some of the greatest treasure yet seen in the game! 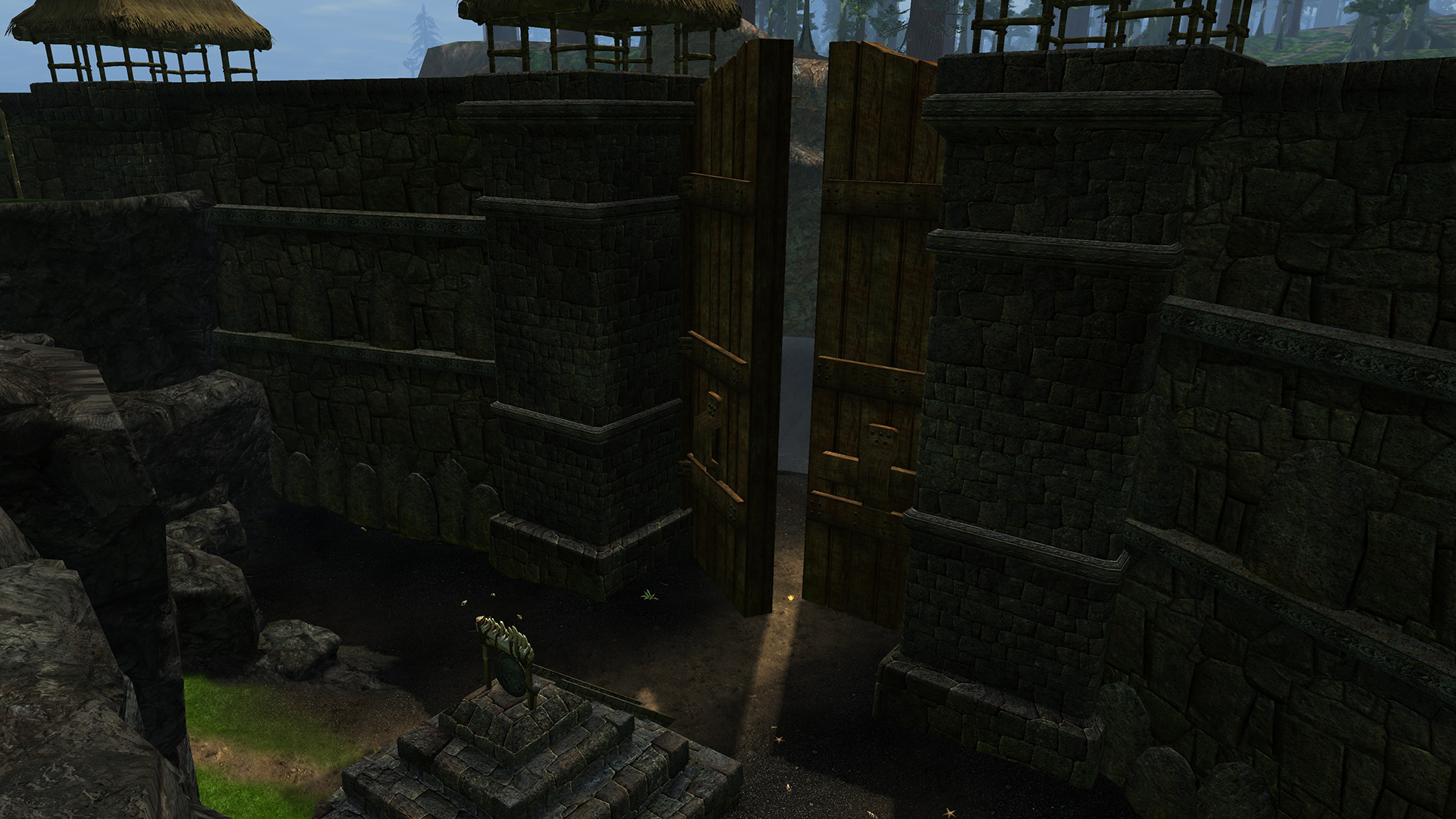 What Does Level 32 Mean for My Loot?

In recent years our item power system has used the longstanding Cannith Crafting system for its base benefit curve, and that curve will continue as we increase the level cap to 32. Additionally, players will now have access to level 31 and 32 Cannith Crafting shards that use existing shard ingredients! 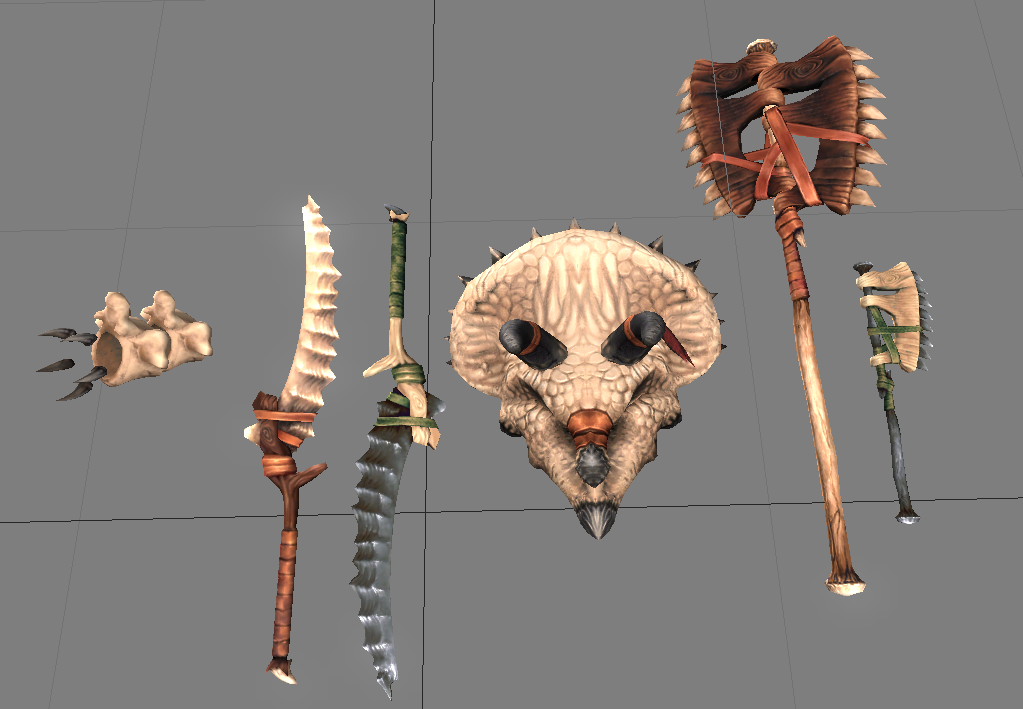 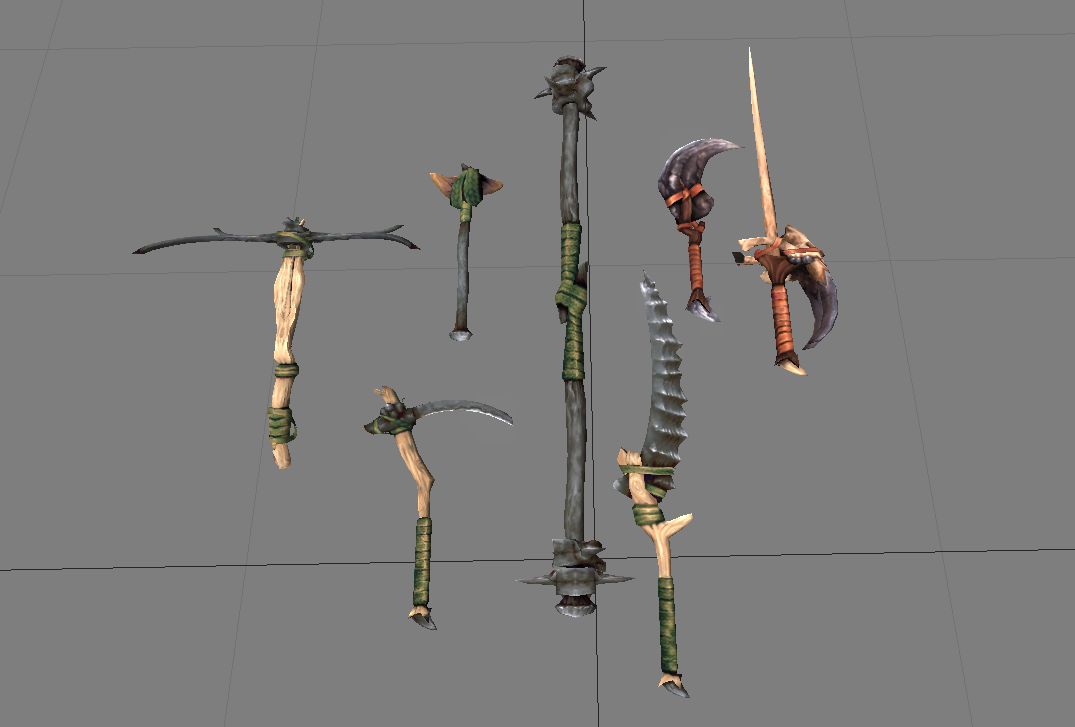 There are new level 32 Augments that can be found by playing quests at level 32 and above! These augments are more of the same unbound common augments found at every 4 level breakpoint. You may also barter for a subsection of them with Randall Lyric, who has made his entrance in the Isle of Dread to trade for an expanded selection of his wares.

The Isle of Dread will also drop a whole host of new named augments at levels 8 and 30. These named augments have a chance to drop from any chest within the expansion pack.

Many items in Isle of Dread will have special themed Dinosaur Bone Augment slots in addition to regular Augment slots like Blue, Orange, etc. We'll talk about these Augments next. 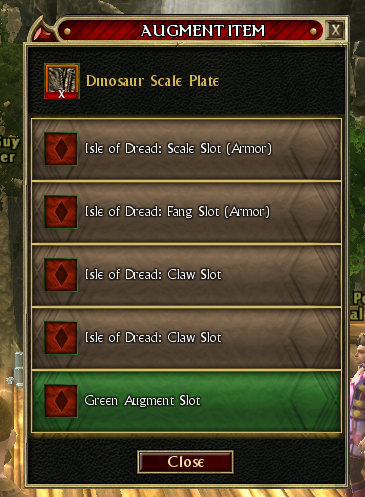 Isle of Dread's ferocious dinosaurs have left behind fossils to collect in every chest. Collect enough of them to craft those old bones into new weapons to wield in your battle versus the pirates. These weapons can be modified with special Isle of Dread Augments that only fit into Isle of Dread augment slots. Speak to Sharpened Bone the Tabaxi within Tanaroa to begin crafting your special augments.

There are five types of Isle of Dread Augments, and each of them require you to explore different sections of the Isle of Dread to complete.

Each item type has a different slot layout, so be sure to keep a close eye for a combination you're looking for. Furthermore, the long lost loot from those pesky pirates also contains Dino Bone Augment Slots to allow for even more customization. 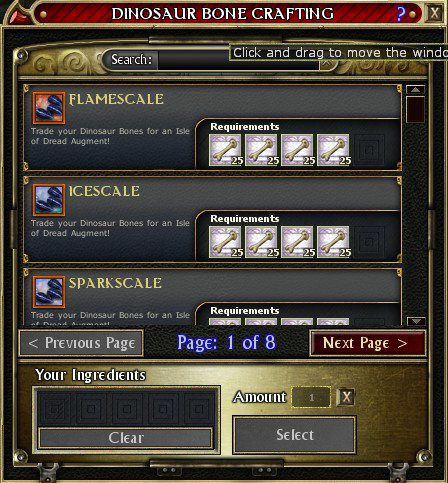 Isle of Dread Augments state which kind of slot they fit into in the Augment Slot display UI along with the Augment's description. The benefits of these Augments depend on the slot type and what you select, and there are dozens of Augments available! 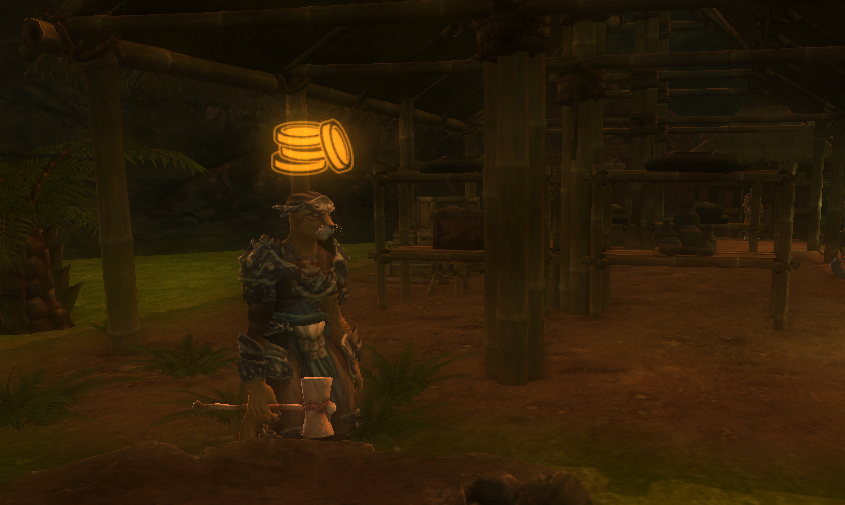 In order to craft these Augments you will turn in your Dinosaur Bone ingredients with Sharpened Bone the Tabaxi to get the Augment you want, and then you will slot the Augment through the Augment Item UI accessible through your Inventory Panel. Isle of Dread Augment Slots are unslotted just like any other Augment slot, so you can destroy a currently-slotted Augment by placing a new Augment into the slot or you can use a Bonepicker, which is a rare ingredient found within the Isle of Dread, the Legendary Saga reward list, and in the DDO Store. This process returns the augment to you unharmed so that you may slot it in a new location.

NOTE: The Dinosaur Bone crafting system applies to Legendary items, and is not available for Heroic difficulty Isle of Dread items.

There are six Isle of Dread Dinosaur Bone Crafting ingredients you will collect:

The Isle of Dread raid when released will drop raid-tier versions of Dinosaur Bone Crafting item blanks as well as Black Pearls. Black Pearls can also be found rarely in more challenging Rare encounters in Isle of Dread. 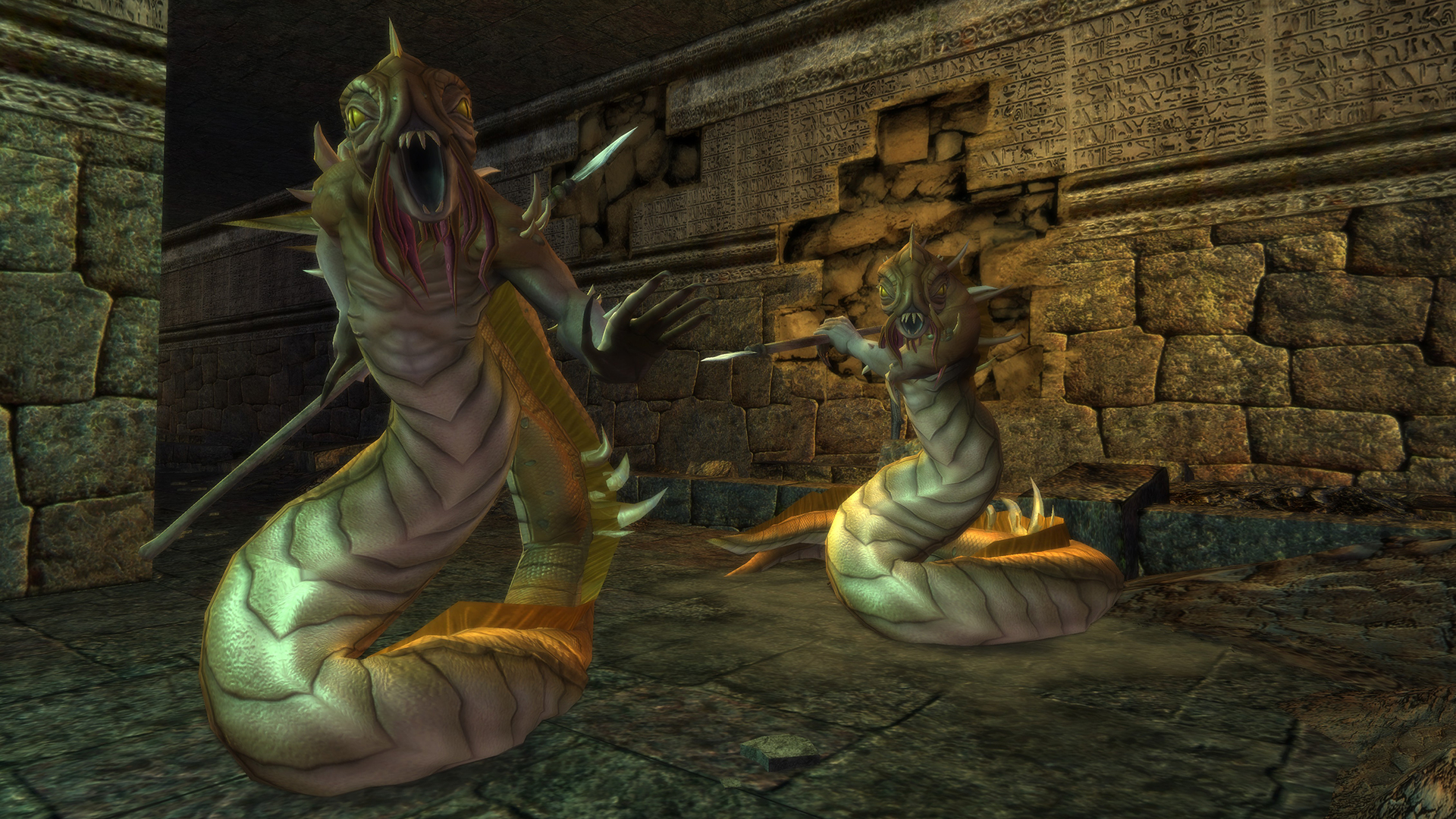 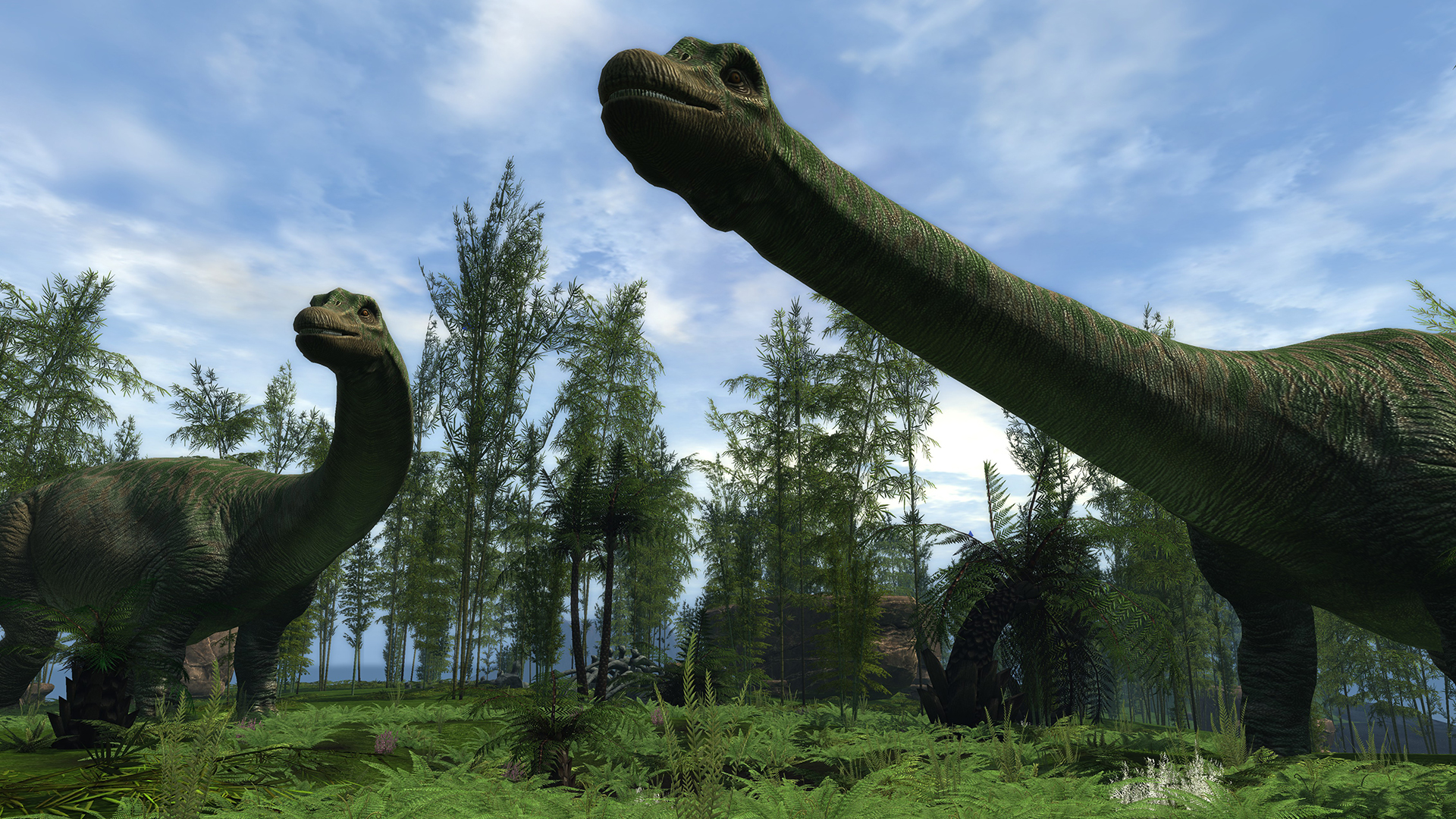 Thank you for reading and we hope you enjoy Isle of Dread!

Learn more about Isle of Dread on DDO.com!