Making the Tabaxi: From Concept to Blinking

Read about the creation of the Tabaxi in Dungeons & Dragons Online!

Making the Tabaxi: From Concept to Blinking 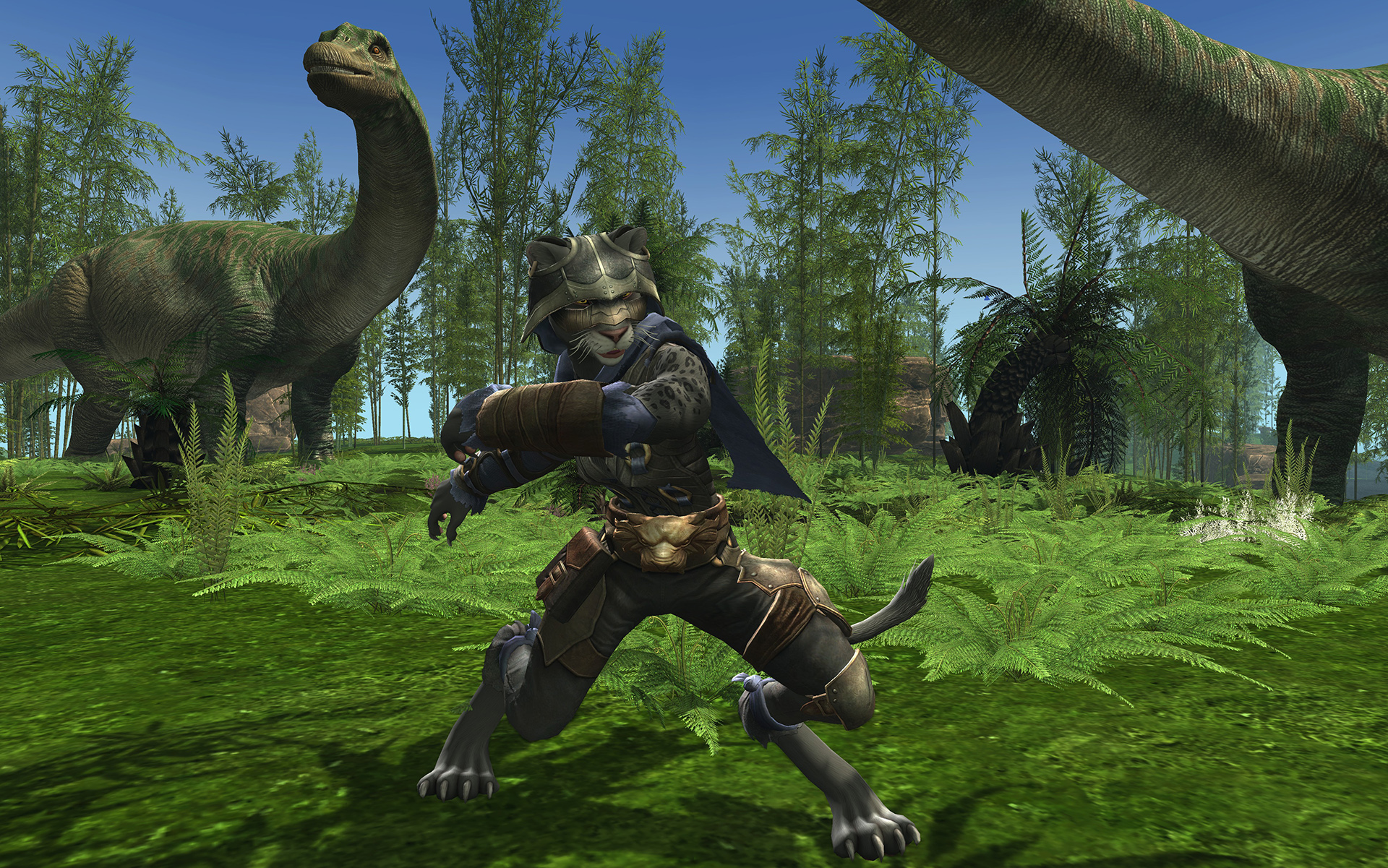 The Tabaxi are dexterous, cat-like warriors who run, leap, and claw their way to victory. Dungeons & Dragons Online now features the ability to play the Tabaxi along with a special quarterstaff-wielding Iconic Tabaxi Trailblazer! You can learn more about our Isle of Dread expansion elsewhere on DDO.com.

Making the Tabaxi is a collaborative effort between artists, animators, designers, and many others throughout the studio. We began conceptually with the Tabaxi by diving deep into official Dungeons & Dragons lore, and our artists then create concepts to help make their ideas a reality.

Michael Hogan took a lead in making the hair and beards for the Tabaxi, and he says he used Concept Art to identify some of the things that worked best when it came to silhouette, hair type, and hair size. He then assembled the full finished pieces, then began making smaller adjustments to create various options for things like hair volume to offer further diversity. 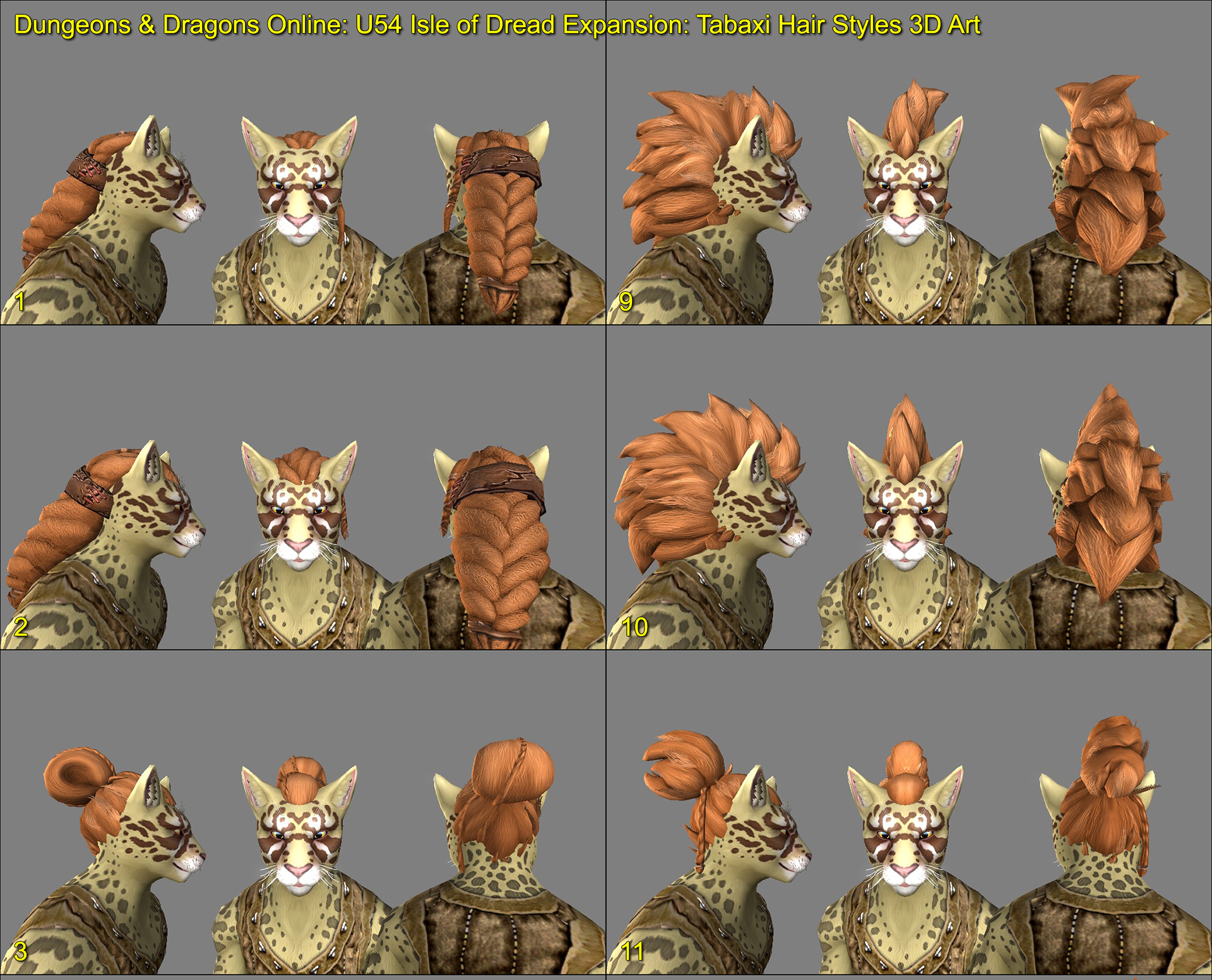 Finally, the hair designs need to be fit onto Tabaxi head rigs, which Hogan says can be a challenge due to the need to work around existing gear and general technical limitations. He says, “Production art is the culmination of technical knowledge of our engine and how our systems work, and how best to execute awesome concept art to recreate it in 3D.”

“We want to offer a wide range of personalities, so whether you want to be a badass monk, a low-profile rogue, a scruffy barbarian, or a gorgeous maned bard, I want to make sure we provide enough options to develop your character.” 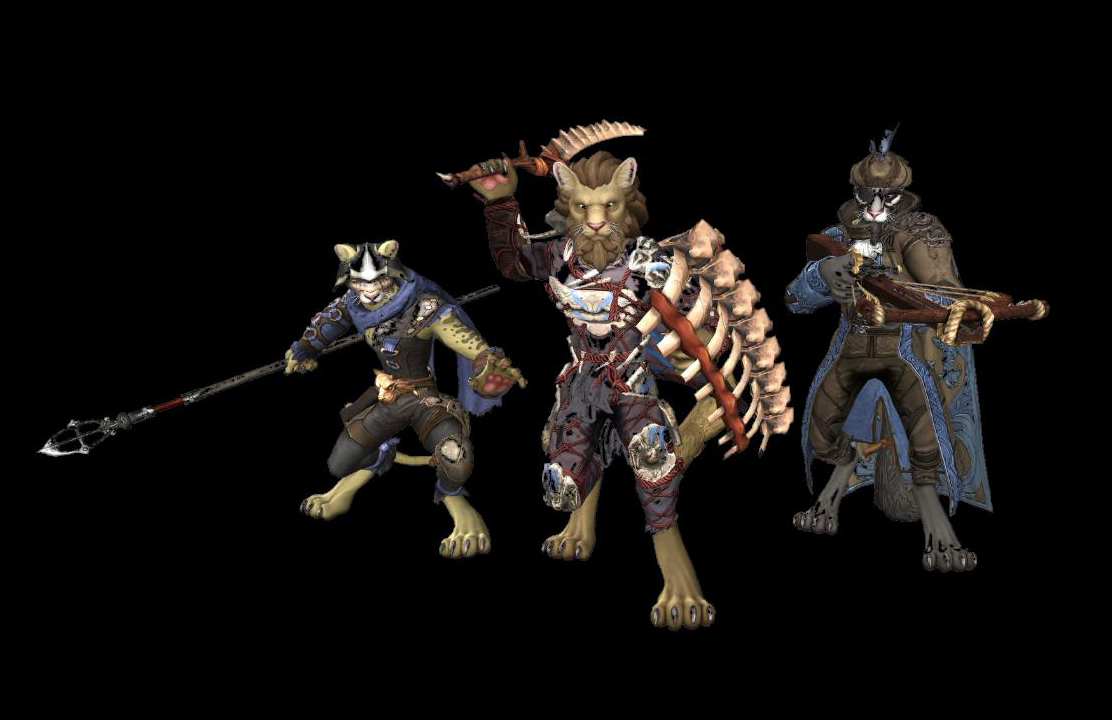 Looking good is only part of the job, though, since Tabaxi also need to move like the great cat-like humanoids they are. Production Artist Daniel Newman says, “The Tabaxi is probably our most elaborate avatar race. It is our first to feature a very animal-like leg and ankle, and it has been a challenge to get our humanoid shapes to work on this new body type!”

Newman says it was a rewarding effort: “I worked on the compositor that ended up generating all the Tabaxi facial options, including scars, eyebrows, and spots. I created so many facial options that we had to update the UI to accommodate a scrollbar! I knew we had arrived at a solid mix when we could repeatedly hit the Randomize button and generate a unique and extremely cool-looking Tabaxi almost every time. I hope the players enjoy customizing their Tabaxi character!“ 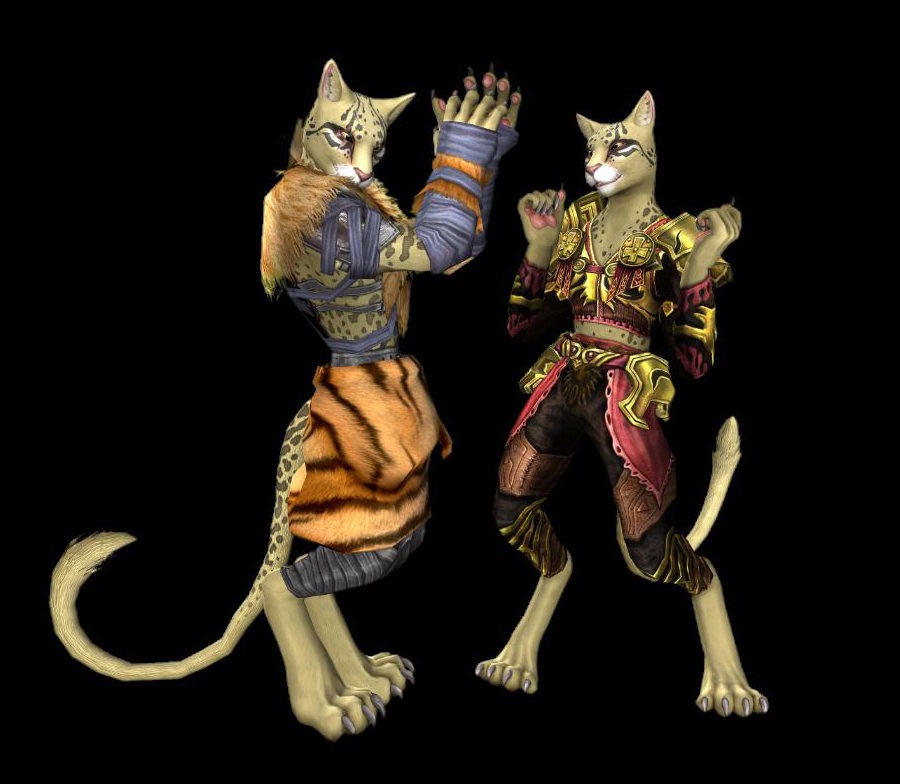 Animator Rob Tighe has been making things move in DDO for a long time and says the Tabaxi posed a specific challenge because of their potential to have bushy tails. He says, “the bushy tails clipped a lot of geometry, especially cloaks and mounts. The challenge is to keep that from happening as much as possible!” He says one of the most fun parts of making the Tabaxi was the creation of subtle ear and eye movements, which added a lot of life to their animation.

What about the dance? We know many players look forward to seeing what dances are available with each new race, and Tighe says, “For us, the dances are about the player character having fun and letting their hair down! Animating a dance can be about the most difficult task an animator can do. Some dances take a very long time because the movements are complex. We try to find the right balance between something simple but entertaining that matches the flavor of the character and loops really well.”

We hope you enjoy playing your Tabaxi! Read more about our Isle of Dread expansion on DDO.com.